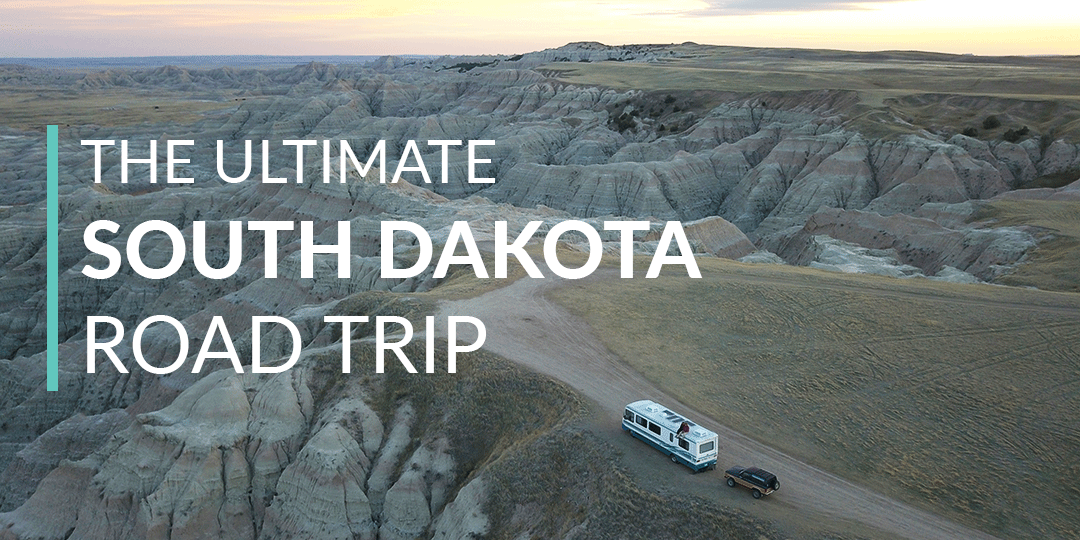 Our South Dakota road trip was nothing short of amazing. Honestly, I didn’t know much about South Dakota before full-time RVing, but now it’s one state we will definitely visit again.

When planning our route for the last 7 months, we listed out all the spots we wanted to visit. In South Dakota, all we had listed was the Badlands, Mount Rushmore, and Corsica (for Luke’s annual boys trip). With a month in SD, we were able to do a lot of exploring. 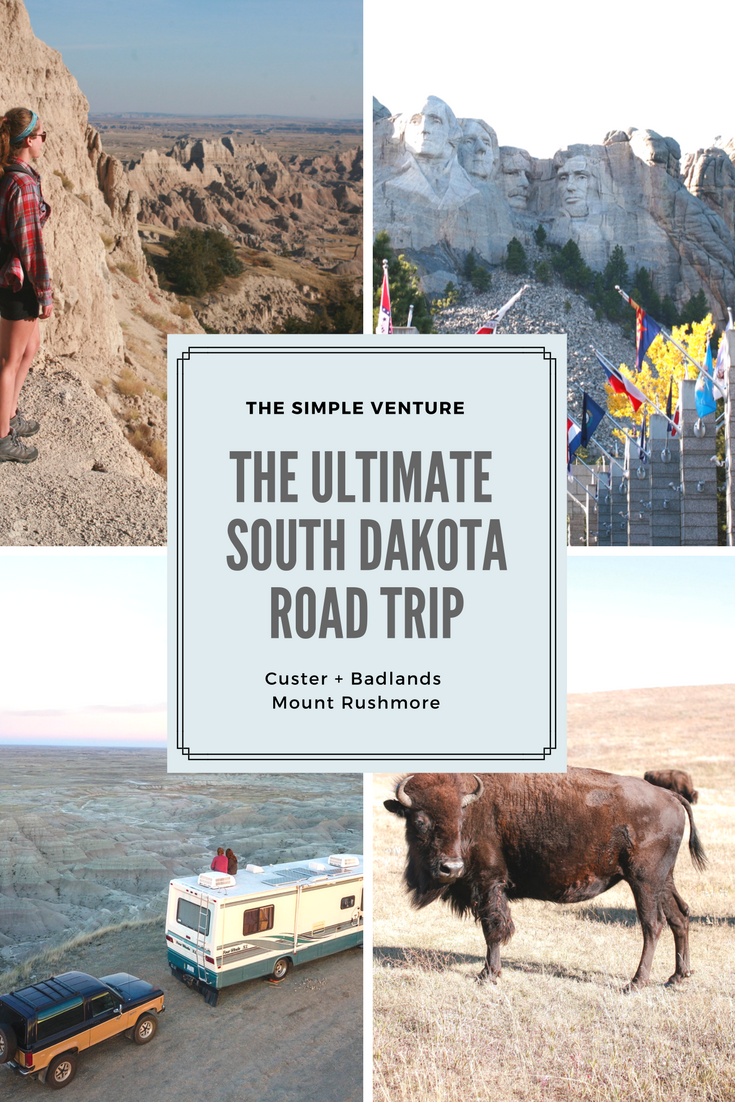 Custer State Park was our first stop on our South Dakota road trip. It was the offseason, so several of the campgrounds were already closed. We ended up staying at the Game Lodge Campground.

It was seriously one of the best state park campgrounds we’ve visited. First off, you make your reservation online no matter if it’s a week before or onsite. You don’t run into the “first-come, first-serve” no room situation because all reservations are made online. P.S. We were pleasantly surprised with South Dakota’s use of technology to make things easier.

The Game Lodge Campground was incredible for so many reasons. First, the spots were so spacious. I felt like we had our own yard backed by a little stream. It was so peaceful. Each site had a picnic table and firepit.

A few other highlights: 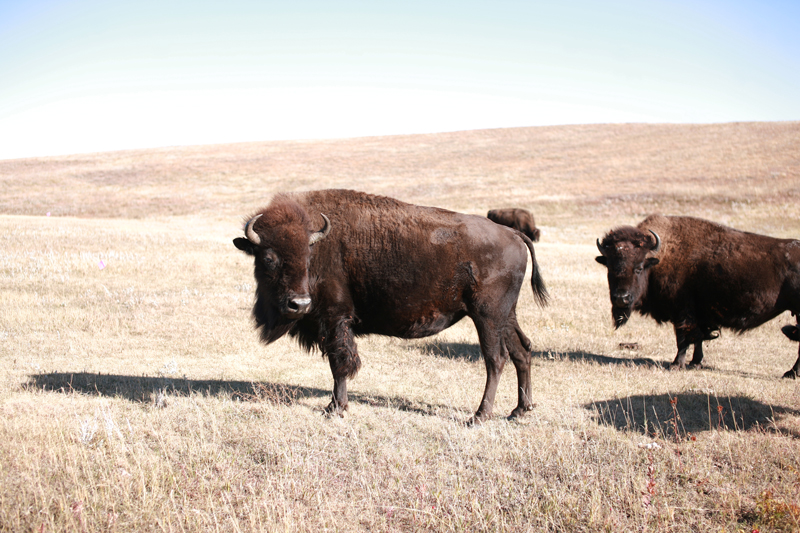 Things to do at Custer State Park

Custer State Park is beautiful and a great place to go if you want to see wildlife. We saw plenty of bison, pronghorn antelope, and deer, but you can also see elk, deer, bighorn sheep, mountain goats, mountain lions, and burros.

Wind Cave National Park is also a short drive from Custer State Park. We drove through Wind Cave but didn’t tour the caves. It looks awesome; we just weren’t there at the right time (plan ahead, friends!).

We joked that on any American road trip you have to visit the Grand Canyon and Mount Rushmore. We decided it would be best to drive our tow-behind car instead of taking the RV. 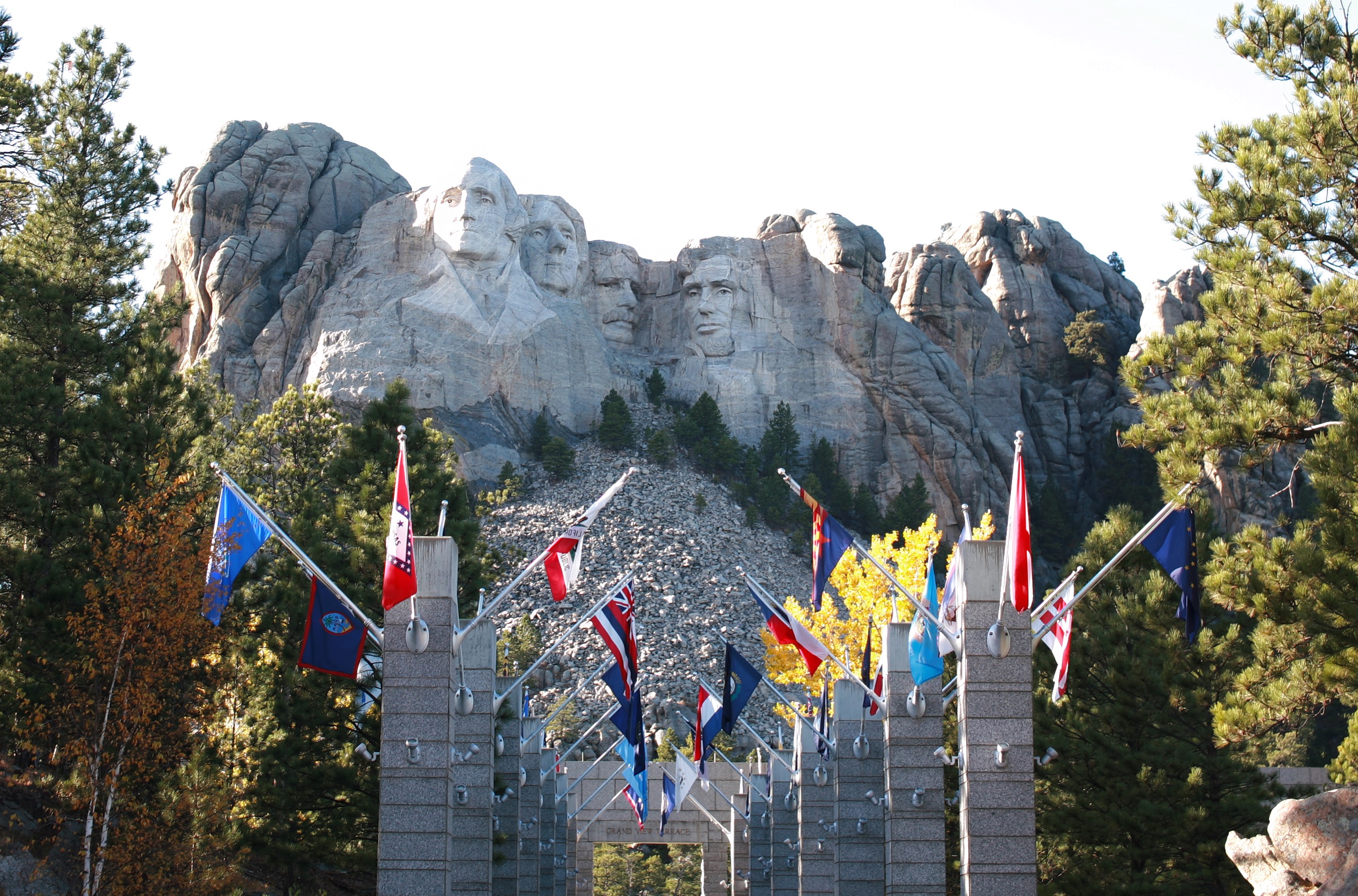 I have to say, it is really impressive. The entrance is lined with the 50 state flags leading up to the monument. The little museum is full of history. Definitely worth visiting. (Just don’t watch the Adam Ruins Everything clip on Mount Rushmore…).

The Badlands National Park is on my list of top 5 favorite National Parks. It’s like nothing I’ve ever seen. The landscape is just incredible. It feels like you’re in another world or on the moon. You just have to go. 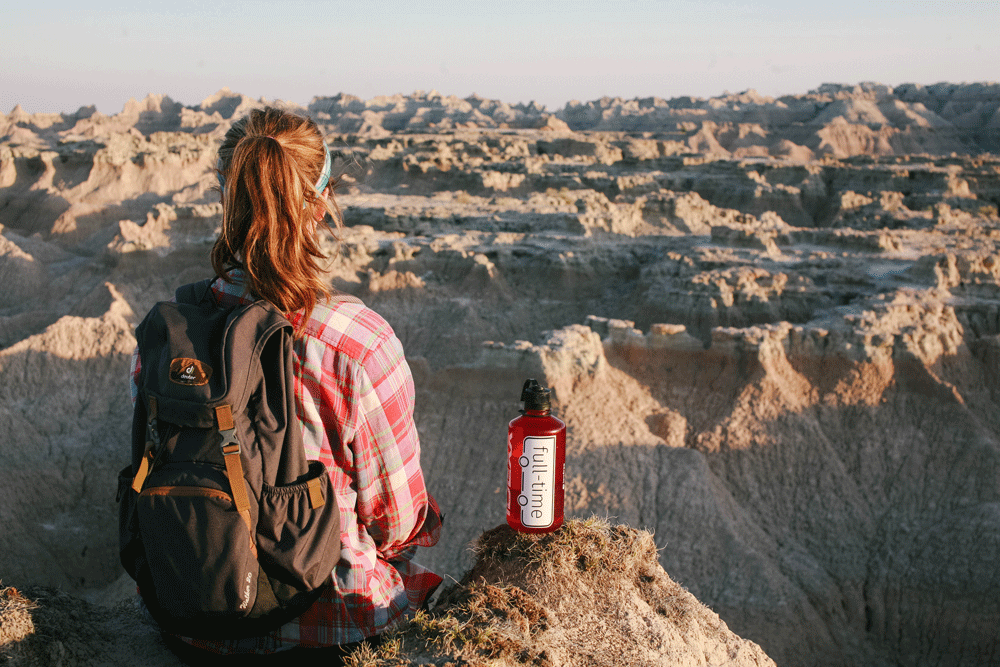 Things to do in the Badlands National Park

Besides the scenery, the Badlands is an open hike park, so you can explore so much of the park. We did the Door Trail which lets you go off the boardwalk and explore the open area. We also did the Notch Trail, which if you’re good with heights, is a can’t miss hike.

The Badlands also has more wildlife than I was expecting. We saw bison, coyotes, pronghorn antelope, and a ton of prairie dogs… so many prairie dogs! 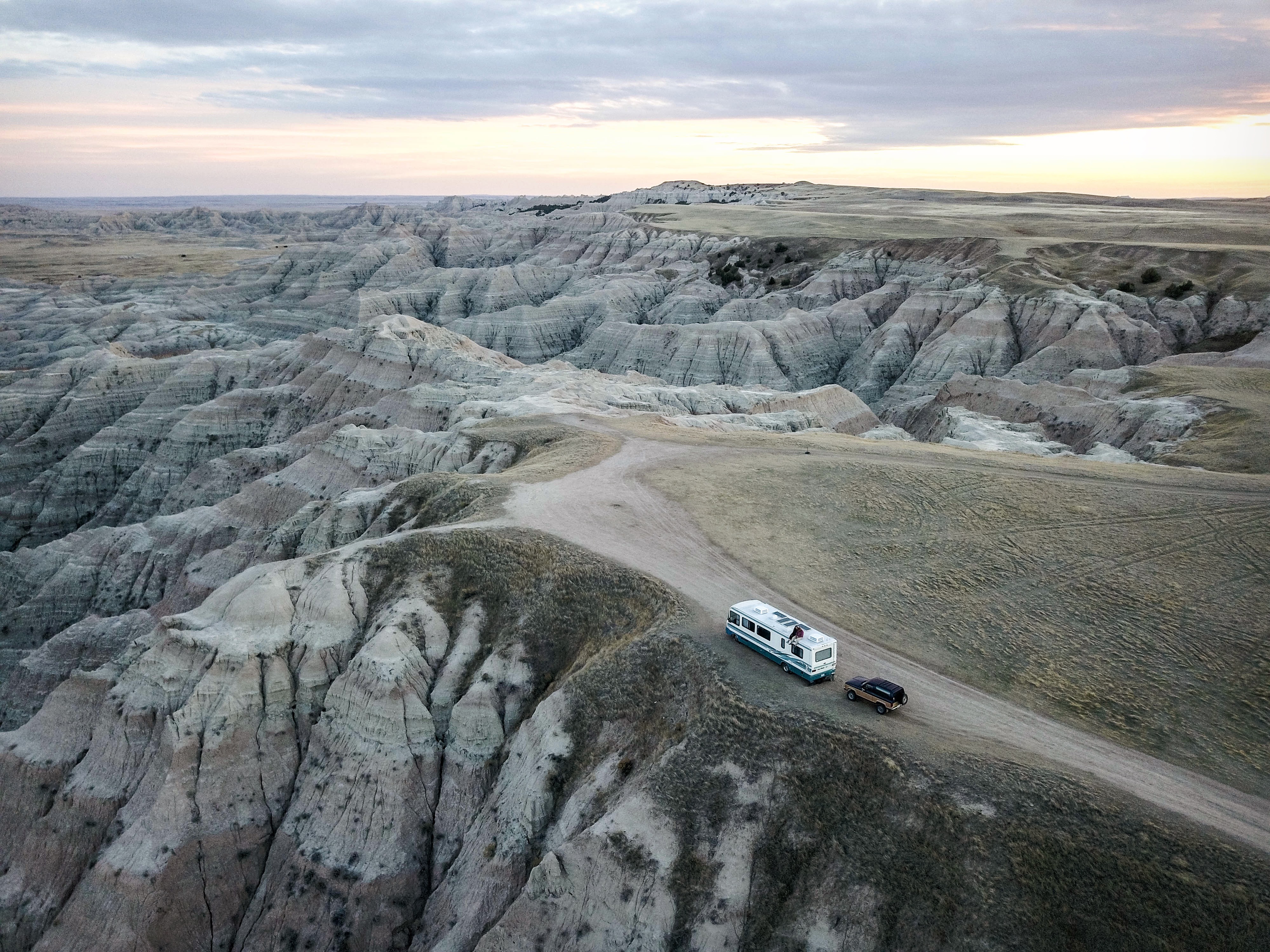 Camping in the Badlands National Park

We had stayed at RV Parks and State Parks for the past few weeks, so we were ready for some good boondocking. We found an epic spot.

Besides the view, we were just a few miles outside of the park entrance, the dogs had plenty of space to run free, we had great cell service, and we even picked up a few TV channels with the digital antenna.

We stayed at the Badlands for a little over a week, but with the temperatures getting colder, we decided it was time to continue our South Dakota road trip. We found an RV park in Mitchell and plugged in the space heater! I’m pretty sure we had some snow there.

Fun fact about Mitchell… it has the world’s only Corn Palace. Now, we didn’t stop at too many tourist traps along the way, so I decided we had to go to the Corn Palace. I mean, what’s a Corn Palace anyway?

Well… I still don’t know the answer to that question. We learned about the history of Corn Palaces, but this Corn Palace is now a basketball gym/event center with art made out of corn. So, if you’re there, it’s free and worth checking out. We just didn’t know what to expect.

We stayed in Armour for about a week. It snowed. It was so freakin’ cold. BUT thankfully, we found a city park that had RV space with hook-ups for a recommended $10/night donation. Unfortunately, with the freezing temps, the showers were closed. It was such a nice city park with a few picnic tables, a dump station, and freshwater fill-up. 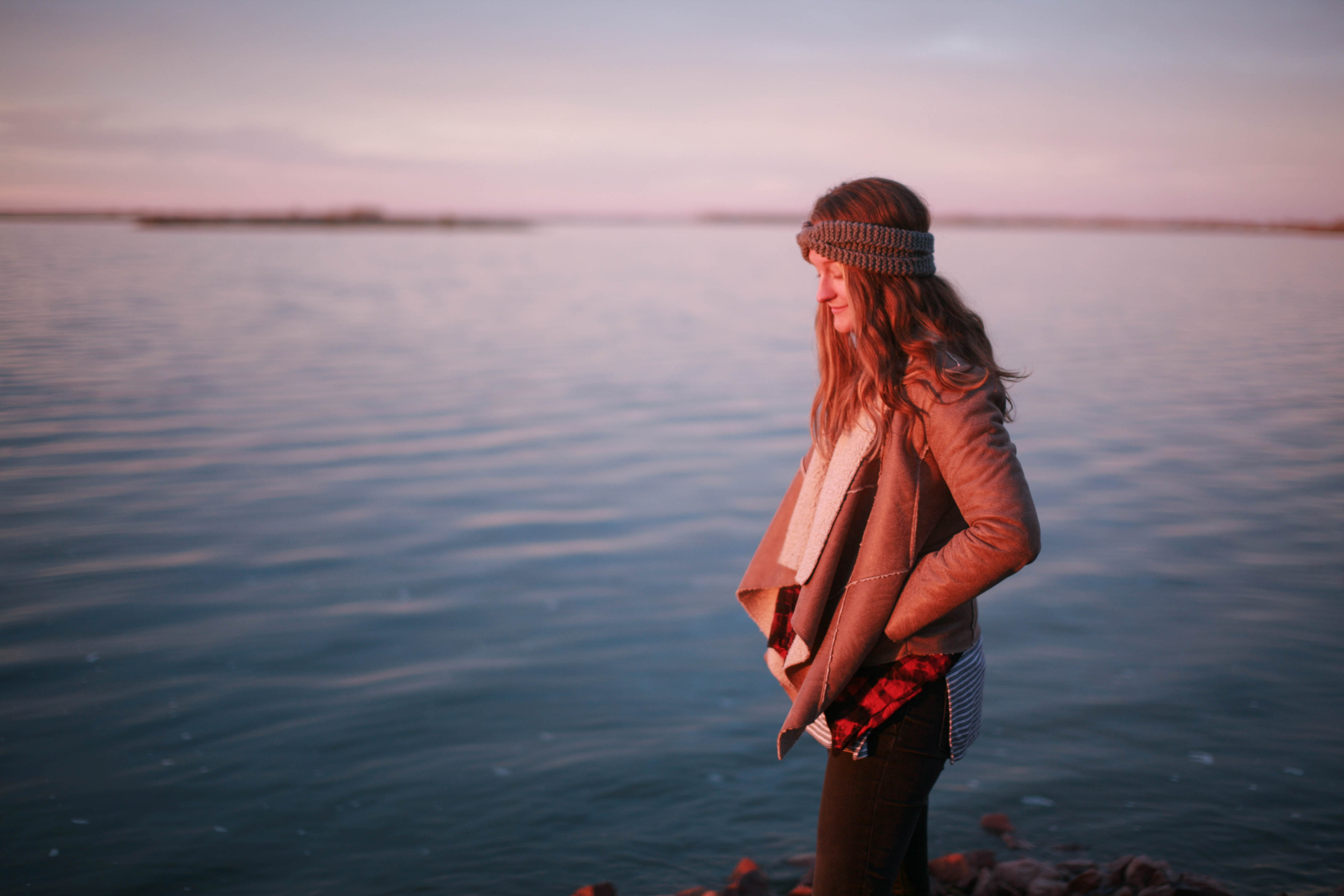 Things to do in Armour? There’s plenty of bird hunting to be done. I mostly worked from the RV while we were there, but there was a lake and a little exploring to be done. That area also has a lot of public land where the dogs could run around off leash, which is always fun for us!

After Corsica, we headed out of South Dakota towards Nebraska. 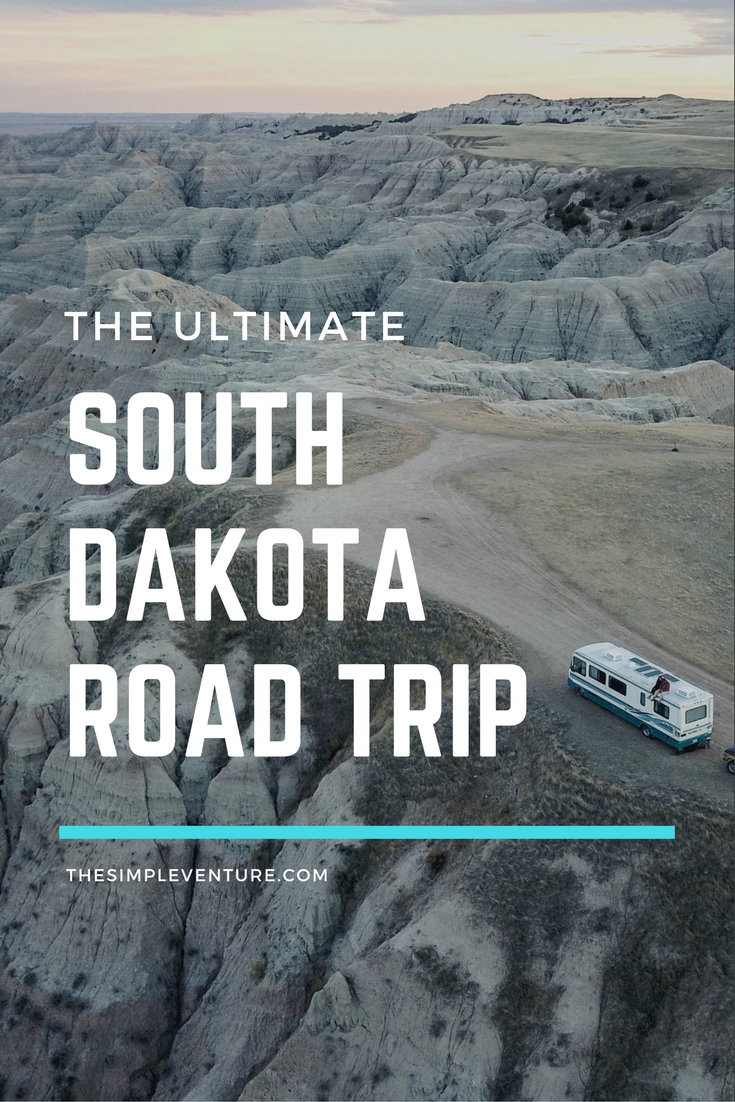 South Dakota was truly amazing. We’ll definitely be back… hopefully when it’s a little warmer!